THE NEXT BIG THING

THE NEXT BIG THING

Julia Stagg, author of L’AUBERGE and THE PARISIAN’S RETURN, has invited me to take part in a blog event entitled THE NEXT BIG THING – a series of questions and answers about what’s happening in my writing life.

What is the working title of your book?
The next big thing for me is the paperback publication of A WOMAN UNKNOWN in March, 2013 (UK), following hardback publication in September. I know I’m supposed to tell you about the work in progress, but I can’t say, won’t say. Superstition rules!

Where did the idea come from for A WOMAN UNKNOWN?
From a couple of lines in THE LONG WEEK-END by Robert Graves and Alan Hodge, a book about the period between the two world wars. For the first time, women could obtain a divorce on the grounds of adultery alone, without aggravating factors such as cruelty or desertion. Often the man was sufficiently a gentleman to give his wife grounds for divorce by registering at a hotel with “a woman who passed as his wife”, or “a woman unknown”. I read contemporary accounts accounts of divorce cases, including excerpts from letters husbands sent their wives, sometimes enclosing the hotel bill.

What genre does your book fall under?
Classic murder mystery

Which actor would you choose to play your central character in a movie rendition?
I give a physical description of Kate, but in choosing an actor the personal qualities would be more important than being a look-alike. She is intelligent, clear-eyed about the society she lives in and what is and isn’t possible. As the books progress, Kate has become more confident but still has that streak of vulnerability. 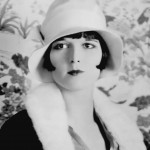 Because the stories are set in the 1920s, the actor would need to be able to capture that zeitgeist and yet be of our time too. If this movie involved time travel back to the twenties, I would choose the woman who captures the spirit of the age, Louise Brooks (1906-1985), best known for her role as Lulu in PANDORA’S BOX. Her capacity for conveying intuition makes her look as though she could read minds, a useful attribute for an investigator!

What is the one-sentence synopsis of your book?
There appears to be no connection between the suspicious husband, who asks Kate to trail his wife, and the murder of a banker at the Metropole Hotel, but Kate excels at solving a puzzle, even when some pieces are missing.

Will your book be self-published or represented by an agency?
The Kate Shackleton books are published by Piatkus/Little, Brown in the UK and by St Martin’s Press/Minotaur in the USA and Canada.

How long did it take you to write the first draft of your manuscript?
All my life, and about ten months.

What else about your book might pique the reader’s interest?
A day at the races, an American heiress, a couple of grand houses, a song or two from a Gilbert & Sullivan opera, the end of a love affair, the locations.

Thanks to Julia Stagg for asking me to take part in this blog event. The following authors will pick up THE NEXT BIG THING baton next Tuesday.

Leonora Rustamova – STOP! DON’T READ THIS: wrote stories her disaffected students would read, and was fired