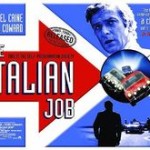 For me, the supreme movie car chase takes place in the 1969 film THE ITALIAN JOB. Red, white and blue Mini Coopers race through Turin with their cargo of gold, stolen under the noses of the police and the mafia.

You’ve probably seen the film, but here’s a clip of the chase.

The best bit comes a little later, when the drivers race through a sewage pipe (suspiciously clean, except for what hits the windscreen). This was filmed not in Turin but on the outskirts of Coventry, in the English midlands, from the back of a Mini Moke. 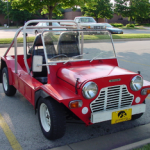 This wasn’t the first time British-made motors drove through sewage pipes. In 1924, the Bradford and Esholt, Yorkshire sewage system was extended. To lay the last brick, the mayoral party needed to travel three miles down a narrow tunnel in cars. Step in the Jowett brothers. 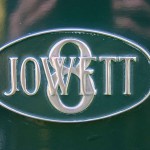 Sons of a blacksmith, William and Benjamin Jowett were ace car designers and engineers. They also possessed a genius for public relations. Noel Stokoe, author of several books on the Jowett, says that owners were encouraged to write in to the company describing what feats they had accomplished with their Jowett, and how reliable it was. Testimonials were published and sent to prospective buyers. They supplied four long-fours for the sewage opening ceremony and chalked up another p.r. coup. 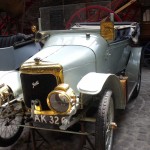 The Jowetts claimed that their cars had ‘all the best bits of Yorkshire except the pudding,’ and ‘the pull of an elephant, the appetite of a canary, the docility of a lamb.’ 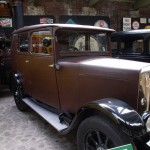 In 1926, Jowetts crossed Africa in forty-nine days. Their Jupiters and Javelins took part in rallies in Monte Carlo and Famagusta, Cyprus.

Kate Shackleton, supporting local industry, drives a Jowett, ‘the little engine with the big pull’, that runs on a penny a mile. 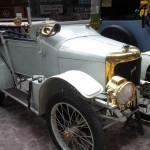 There’s a great collection of these motors in the Bradford Industrial Museum and one fine day I’ll be taking one out for a spin. 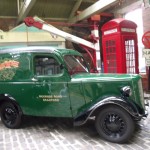