The sixth Kate Shackleton novel, Death of an Avid Reader, was published on 2 October. On Saturday, 4 October, we had a celebration in the Leeds Library, where much of the story is set. This is a grand old library, established by private subscription in 1768 and occupying its present premises since 1808. To enter its elegant portal and climb the broad staircase (or take the stair lift – it does have modern amenities!) is to step back in time. 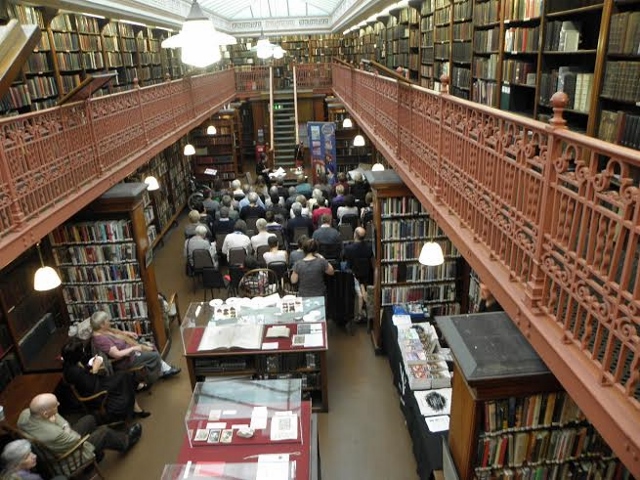 Browsing the balcony shelves I have come across books that are a boon to me when writing about the 1920s.Sometimes unwanted books are sold in the lobby. I recently bought for ten pence (original price two shillings and sixpence) Cloak Without Dagger the personal story of Sir Percy Sillitoe, the Chief Constable who became Director-General of M.I.5. It’s full of fascinating insights into policing during my period, including the snippet that constables were likely to be posted where they could be of most use to local landowners in deterring poachers. Constables also accepted tips from their betters, until Percy Sillitoe put a stop to the practice. 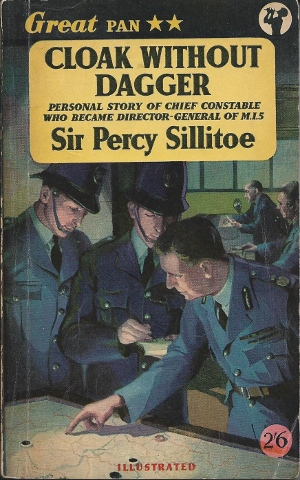 For the launch party, a friend baked a 14” x 14” delicious fruitcake, iced with the book jacket. She cut me the piece with my name, which was so big that I shared it with three friends in the Art Gallery Tiled Café afterwards. 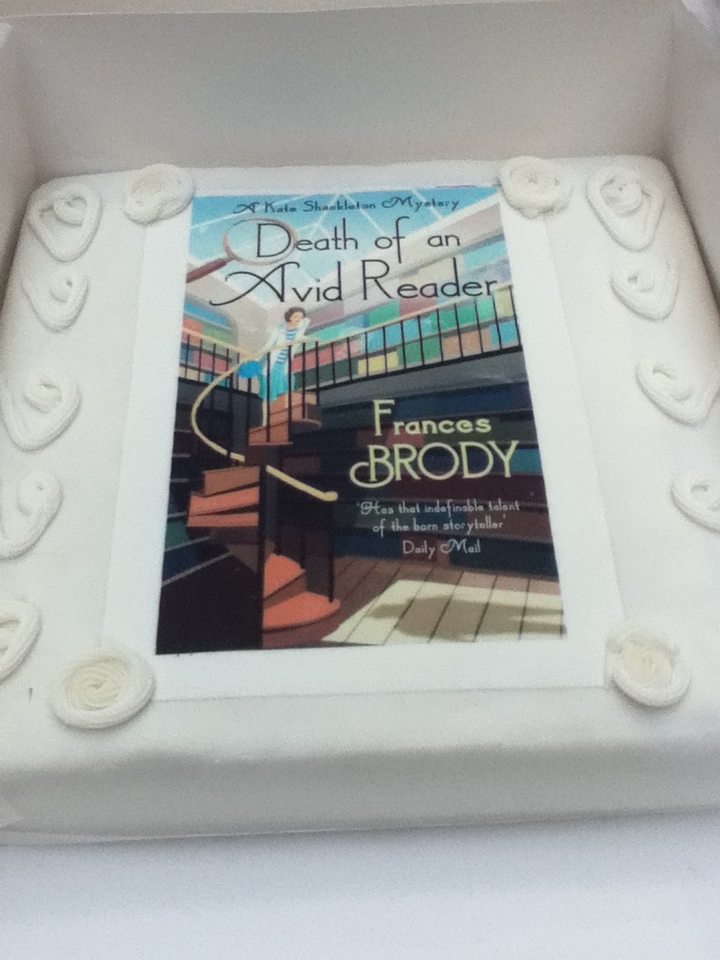 The publishers arranged a blog tour and there have been lots of good comments about Death of an Avid Reader. Yesterday Barry Turner, who reviews for the Daily Mail wrote:

I have enjoyed all five Kate Shackleton books but this is the best so far. Frances Brody has made it to the top rank of crime writers.

I always read comments from readers to see whether there’s something I should consider. I’m still pondering the email from an American reader who said, “Find that woman a good man.” And I’m reeling from the remark of a friend who emailed me this week to say that she had finished reading DOAAR and it was hard for her to believe that Kate Shackleton isn’t real. Kate, not real?! Next she’ll be telling me there’s no Santa Claus.