Two very different Agatha Christie mysteries have in common the guilty party’s choice of digitalis as the method of dispatch for the victims. (Was there any poison Agatha Christie did not reach for at one time or another?) 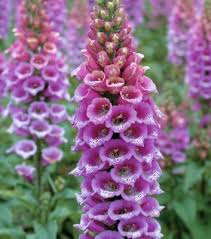 Appointment with Death (1938) begins with Hercule Poirot, on holiday in Jerusalem, overhearing the remark: ‘You see, don’t you, that she’s got to be killed?’ The she in question is a feared and loathed tyrannical matriarch whose passing nobody will mourn. The HarperCollins book jacket of the 1999 edition tells us that “Among the towering red cliffs of Petra, like some monstrous swollen Buddha, sat the corpse of Mrs Boynton. A tiny puncture mark on her wrist was the only sign of the fatal injection that had killed her.” 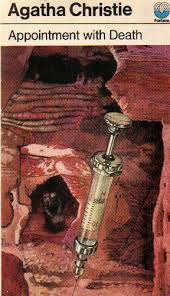 I saw the excellent television adaptation, screenplay by Guy Andrews, before reading the book. Although all sorts of changes were made – location, motivation and method – the images from the screen floated through my mind and added to the pleasure of reading.

Postern of Fate (1973) is the final hurrah for Tommy and Tuppence Beresford and the last novel Agatha Christie wrote. When she introduced Tommy Beresford and Prudence “Tuppence” Cowley in The Secret Adversary (1922), they were the impoverished cheerful “Young Adventurers” advertising for assignments. He was recently demobilised from the army. She had served with the Voluntary Aid Detachment. 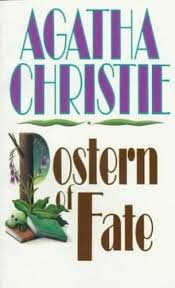 In Postern of Fate, Tommy and Tuppence have retired to an old house in a village. The story begins as they are unpacking. Tuppence says, “… here we are, getting older, getting a bit – well, let’s face it – definitely rheumatic, especially when one is stretching; you know, stretching, putting in books or lifting things down from shelves or kneeling down …”

They discover that a murder took place in this house a long time ago. Underlinings of letters in a book left behind by previous occupants spell out the message: Mary Jordan did not die naturally. Tommy and Tuppence cannot resist the mystery. They draw on their rusty skills and on old contacts to uncover the truth. The death was made to look natural because foxglove leaves had been brought into the kitchen along with the spinach. Only Mary Jordan imbibed the extra dose of digitalin.

Robert Barnard regarded Postern of Fate as best (and easily) forgotten. What redeems the book for me, in spite of its creakiness and repetition, is that Dame Agatha shows such tenderness towards her once young detectives. She is bidding them farewell, but not before setting them up in a house in an English village where they will live happily ever after. Until one of them gathers foxglove leaves and cooks them with the spinach.