One of the pleasures of writing is being able to stop sometimes and take a jaunt. The recent jaunt was to London to meet my agent, editor and publicist on Monday last.

I arrived early, two days early, so as to do a little swanning about town, otherwise known as research. Staying at the New Cavendish Club near Marble Arch was a bitter sweet experience. This was formerly the VAD Ladies Club, frequented by my detective Kate Shackleton. It opened in 1920 on Cavendish Square. Now marooned in a world of boutique and budget hotels, the club will soon close its doors for the last time.

On Saturday I met a friend at Selfridges roof garden restaurant, a first visit. It was not what I expected. What did I expect – uniformed waitresses and a string quartet? Probably. Instead there were Beautiful People, taking selfies, and staff trying their best to cope in the heat. (Yes, heat.) The food was delicious and the piped music sounded almost live.

It was a great pleasure to meet my editor and publicist after communicating so long via emails. What better place to sign a contract with publisher Piatkus for two more Kate Shackleton books than Shaws Booksellers near St Paul’s Cathedral, where we had lunch. “Never a bookshop, Shaws takes its name from the 1997 Merchant Ivory adaptation The Wings of a Dove where the pub was dressed as a booksellers!”

After lunch, I went with my agent to the Matisse Exhibiton at Tate Modern. It focuses on Henri Matisse’s late work when, in poor health, he hit on the good idea of cutting shapes from painted paper and in this way created designs for wallpaper, stained glass windows and priestly vestments as well as his Blue Nudes. My favourite was Icarus. The work is deceptively simple and could inspire much do-it-yourself at the kitchen table for children. You will need: big sheets of paper, brightly painted; coloured card for cut outs; scissors. Matisse pointed with a long stick and his assistant pinned the cut outs, enabling him to change his mind. Glue would be a safer bet for do-it-yourself.

I changed trains at York on the way home so paid a visit to the new Waterstones store at 15 Coney Street, York. It’s light, open, friendly, well-stocked and extremely busy – this on a Tuesday afternoon. Hurray! I’ll be back there in October to meet readers and sign copies of Death of an Avid Reader, which is previewing on the Waterstones website.

One last look at the view from Tate Modern, and then back to work … 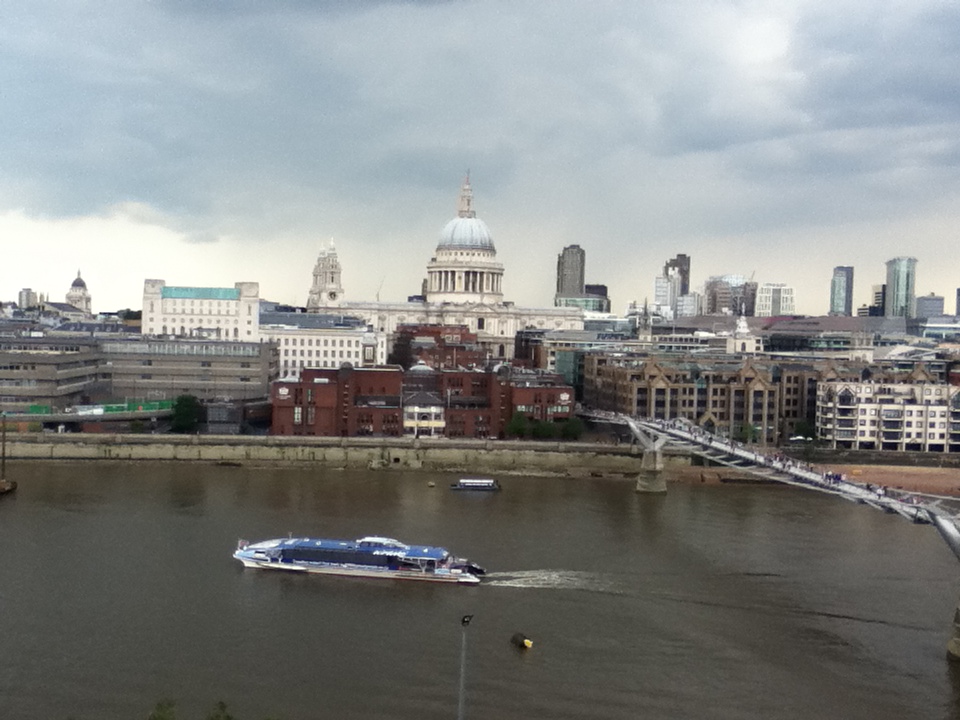