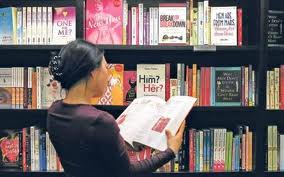 I’m looking forward to meeting more booksellers and readers, especially during March and April. Not all signings are confirmed yet, but many are on the home page of the website. If I’m in a bookshop near you, I hope you’ll pop in and say hello.

It was a pleasure to be asked to judge the Stamford (Lincolnshire) Arts Centre short story competition. I’ll be presenting prizes at the award ceremony. I always feel a little ambivalent about writing competitions, but they are an excellent way for writers to focus on a goal, and to have work read and appreciated. Congratulations to the winners, and to everyone who took part. And a big thanks to Stamford Arts Centre for encouraging new writing.

My birthday is in April – the day before the queen’s! I plan to lunch at the Metropole Hotel in Leeds. This isn’t just because it’s a posh hotel. The Metropole features in and provides the cover picture for A WOMAN UNKNOWN. The title for that novel came from a line in THE LONG WEEKEND by Robert Graves and Alan Hodge: “… most men were gentlemen enough to go through the farce of adultery with ‘a woman unknown’ and thus give their wives grounds for divorcing them.” That will give a hint of the story to those who haven’t yet read the book …

In May, I’ll be attending the Malice Domestic convention, in Bethesda, Maryland, for writers and fans of traditional crime mysteries. I’m told there’s a hat competition! So I have borrowed a hat from a friend who has an annoyingly fine collection of vintage clothing.

This will be my first time at Malice. On the Sunday, author Marcia Talley will whisk me away to an evening signing in Annapolis. On Monday we’ll be at the Festival of Mystery at the Mystery Lovers Bookshop in Oakmont, Pennsylvania.

I’m so thrilled about this trip that even last night’s dream of lost luggage doesn’t put me off. I blame this dream on my sister and her RAF joke: Breakfast in Brize Norton, lunch in Akrotiri, dinner in Singapore, luggage in Hong Kong.

I wish readers, friends (real life and social media), and fellow writers a healthy and peaceful year, dotted with days that shine.