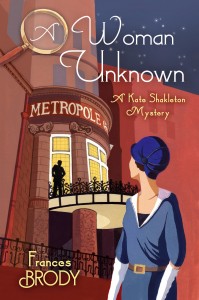 A WOMAN UNKNOWN is on the short-list of five for a Mystery Writers of America Edgar Award: the Simon & Schuster Mary Higgins Clark Award.

The awards are named after Edgar Allan Poe. They are presented every spring in New York City, to “honor the best in mystery fiction, non-fiction, television, film, and theater published or produced in the previous year”.

This is a huge thrill and came as a great surprise on Tuesday afternoon when emails arrived from writer friends in the US, telling me about the announcement of the short-list.  Soon after, I was congratulated by my editors on both sides of the Atlantic. Such an honour to be short-listed!

Here is the link to the Edgar Award Nominations.