Last week, I visited Devon. One of the places I wanted to see was Agatha Christie’s holiday home, Greenway, bought in 1938. Locations around Greenway Estate feature in several of her novels. Dead Man’s Folly, the final episode of Poirot, was filmed there. The estate is owned by the National Trust. Every room has a volunteer guide ready to provide information. This can be very helpful, if sometimes disconcerting. My companion, checking her hair in an ornate mirror, was given details of other mirrors she might like to see. 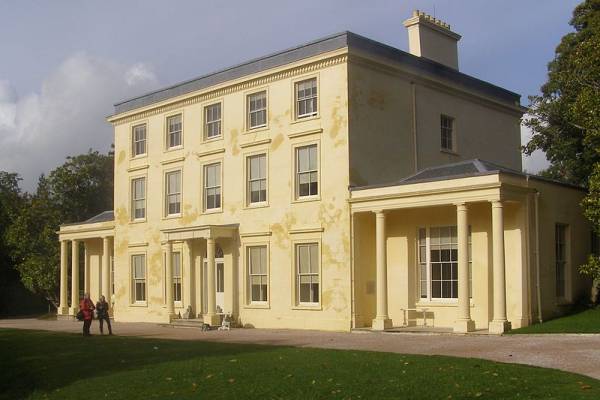 Ever since reading The Secret Garden, I’ve loved walled gardens and the estate has this and much more: tennis courts, boathouse, greenhouses and an allotment where local schoolchildren grow plants and vegetables. In Dame Agatha’s day the shrubs and trees screened the house so that it couldn’t be seen from across the river. We bought tea from the refreshment kiosk by the ferry stop. The owner kindly let us sit in his cosy refurbished 1948 bus that had trundled along narrow Yorkshire Dales roads when Heartbeat was filmed. 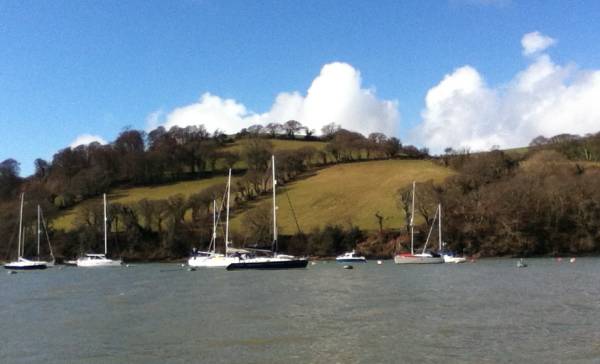 In Dame Agatha’s bedroom, the guide played a tape of Agatha Christie talking about her writing process. It was good to hear her voice: precise, and guarded. Another tape was her grandson, Anthony, saying that the library was his favourite room. It was here that his grandmother read her work aloud. She did not write at Greenway but would bring her latest manuscript. The game was to guess whodunit. Her husband Max always guessed correctly.

The frieze around the library wall depicts wartime events, painted in 1943 by Lt Marshall Lee when Flotilla 10 of the US Coastguard was billeted there. It’s in remarkably good condition and remains as a reminder of the American presence in Britain during World War II.

The Agatha Christie family were great collectors and there is much to see including souvenirs from archaeological digs, china and pottery, walking sticks and press cuttings. What an adventurer she was.

Houses have an atmosphere and this one is no exception. I am glad to have visited, but in the entirely unlikely event that I’m asked would I want to live there, I’d graciously decline.