There is always a huge amount of interesting background information that never finds its way into a novel. The next Kate Shackleton mystery takes place in 1928. In that year, a wealthy industrialist bought the Brontë Parsonage and donated the deeds to the Brontë Society to create a new museum for the benefit of the nation. That story does feature in the next Kate Shackleton story, to be published in October. Ninety years ago today, Thursday, 29 March, 1928, the Representation of the People (Equal Franchise) Bill (see link below) had its second reading in Parliament. By 387 votes to 10, the Bill was passed. The voting age for all women would be lowered to 21.

That momentous day has no direct place in the next Shackleton story. Yet how I could I not acknowledge it? I cunningly found a way for Kate Shackleton, with her mother, niece and friend, to visit the Houses of Parliament on 29 March, 1928. 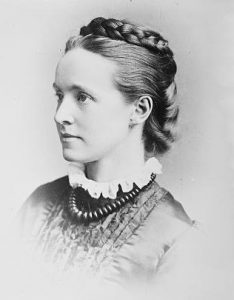 Millicent Fawcett, elected President of the National Union of Women’s Suffrage Societies (NUWSS) in 1890, was present for the debate. Afterwards, she said:
“It is almost exactly 61 years ago since I heard John Stuart Mill introduce his suffrage amendment to the Reform Bill on May 20th, 1867. So I have had extraordinary good luck in having seen the struggle from the beginning.” 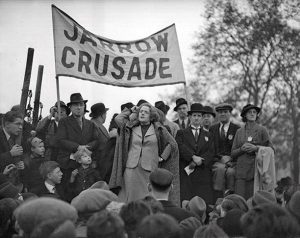 Ellen Wilkinson, MP for Jarrow, reminded her fellow MPs of the absurdity of her situation when first elected. She lived in furnished rooms at the time and “having neither a husband nor furniture, although I was eligible to sit in this House, I was not eligible for a vote.” 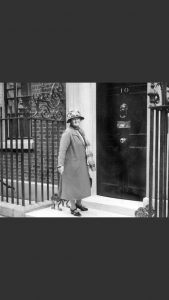 Margaret Bondfield expressed great pleasure in supporting the Second Reading of the Bill because she had never been able to be enthusiastic about previous reforms of the franchise. Her vote “was the consequence of possessing property rather than the consequence of being a human being.”

Brigadier-General Sir George Cockerill claimed that he was not a die-hard. “Not only am I not a die-hard; I am almost a feminist … for I remember that across the Floor of this House, not very long ago, I extracted from the right hon. Gentleman himself [the Home Secretary] the rather reluctant pledge that he would not altogether exterminate the women police.”

What worried the Brigadier-General was that female voters would outnumber male voters. “Unless you redress that balance by some means, you are going to get a position where women will have absolute supremacy at the polls—”Vox populi. Vox dei”—no longer the voice of the gods, but of the goddesses.”
To which Viscountess Astor called, “Hear, hear!”

The Countess of Iveagh saw this day as the concluding stage in the evolution of the franchise but observed that “though women are politically better organised than men, are politically much more active than men, it is extremely difficult to get a woman candidate adopted in a constituency. I believe that to be the case with other parties as well as our own.”

In 1928, the Home Secretary was Sir William Joynson-Hicks. He had previously vehemently opposed the lowering of the voting age for women, but now bowed to the inevitable. Ellen Wilkinson acknowledged this in a way that still resonates.

“I want to congratulate the Home Secretary on his very dexterous avoidance of a term of abuse that has been levelled against young women, not in this Debate—it is curious that it has been consistently kept out of this Debate—but in the debate that has preceded it in the Press. The right hon. Gentleman did not even use the word “girl,” but spoke of the woman of 21. There is a curious reluctance, especially in the Press, to admit the maturity of women. In fact, a friend was telling me to-day that, happening to be concerned with the production of Euripides’ “Trojan Women,” he received a letter addressed to “The Manager of the Trojan girls.” There seems to be a determination that in some way it is ungallant to describe a woman as a woman and not as a girl. This curious idea that is running through the whole of this discussion on the question, “Shall Britain be ruled by a majority of mere women?” rather reminds me of the small boy who came home and told his father that he was now second in his class. Previously he had been top, and the top scholar in the class was now a girl. His father said to him, “But look here, John, you are not going to be beaten by a mere girl?” John replied, “Well, father, you know, girls are not so mere as they used to be.”
Kate would echo Lady Astor. “Hear, hear!” 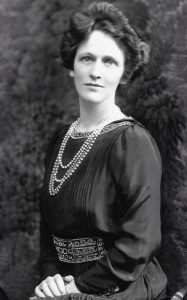